Do you know how your last name came to be? Like your ancestors, the surname you bear today has come a long way from its Chinese origins. In fact, if your last name is romanized, or spelled in the Roman alphabet (e.g. Wong), it may be unrecognizable to your family back in China.

In Chinese tradition, surnames are represented as a character (e.g.黄) that has different pronunciations, depending on the regional dialect your ancestors spoke. This means that the same character 黄 may sound like “Huang” in Mandarin, “Wong” in Cantonese, or “Ng” in Teochew. Once your ancestors migrated overseas, the way they pronounced their surname was transcribed into the local language of their new home, morphing into the last name you likely carry today.

If retracing this evolution sounds tricky, don’t worry. Our surname search tool can help you reverse-engineer your surname. Simply enter your last name to narrow down possibilities for its original Chinese character, based on your family’s dialect and geography.

Once you identify your Chinese surname, congratulations! You have the first key to unlock your Chinese genealogy – and now, the adventure can truly begin. Without further ado, here are eight ways that your Chinese last name can offer surprising clues about your family history.

*Note: Spellings of Chinese characters are based on the Mandarin pronunciation.

It all begins with the Yellow Emperor, the “founding father” of all Chinese. According to legend, he decreed that families should adopt hereditary surnames as early as 2700 BC. These surnames were eventually listed in the poem “Baijiaxing” (Hundred Family Surnames), giving rise to the Chinese expression for everyday people, laobaixing (“hundred old surnames”). Of the 12,000 surnames recorded throughout Chinese history, yours is among the 25% still in use today.

2. Your surname has its own origin story.

Your Chinese surname has a unique meaning, historical significance, and backstory – all tied to the origin story of your Chinese clan. Like Huang 黄, Wu 吴, or Zheng 郑, your surname might refer to an ancient kingdom or territory that your ancestors called home. Or perhaps it honors the role they played in shaping Chinese society, as is the case of Wang 王, meaning “king,” or Situ 司徒, meaning “treasurer.” Once you know its Chinese character, your surname lets you discover which clan you descend from and what your ancestors were proud of. 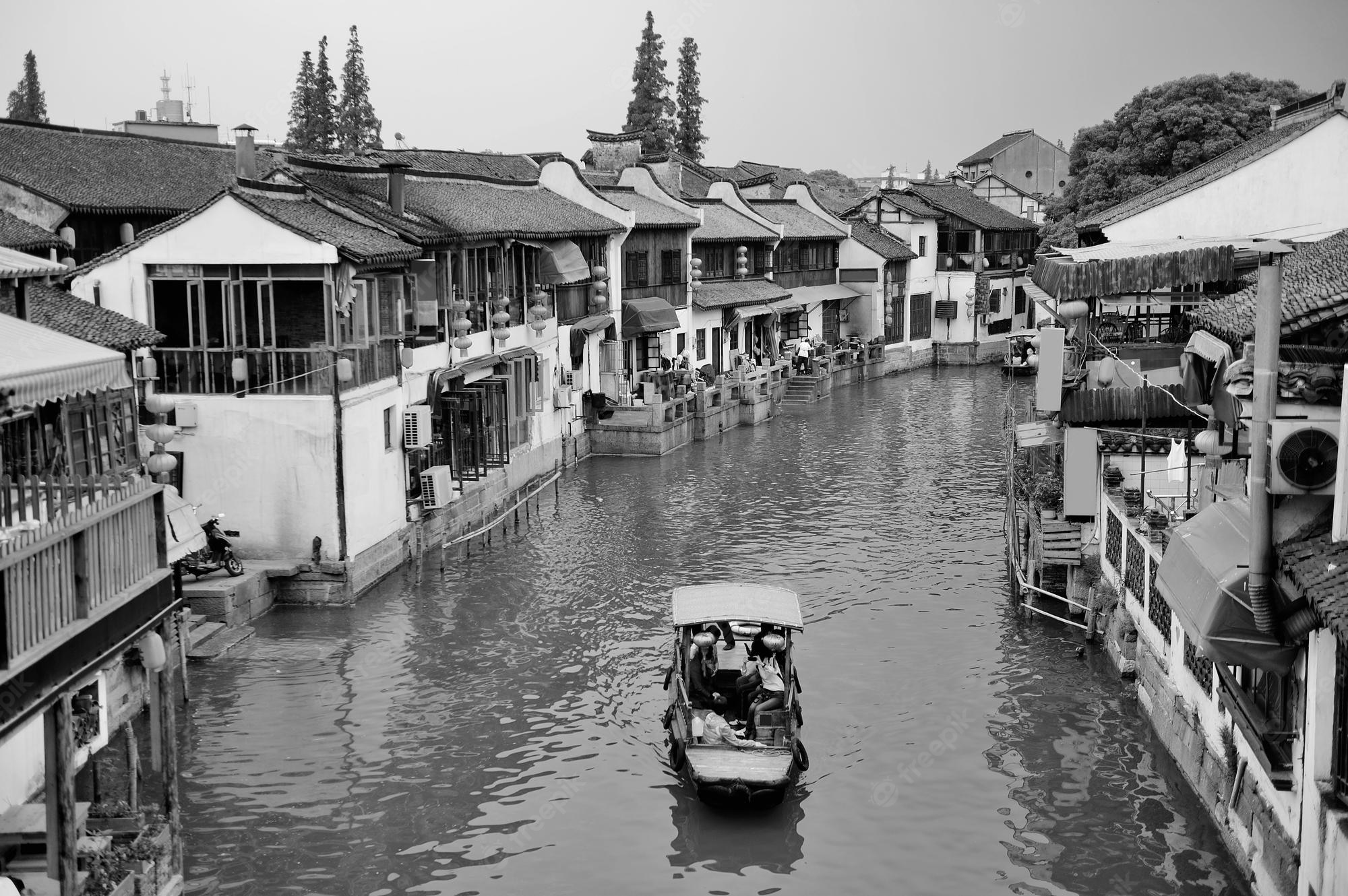 3. You likely share your surname with an entire village.

If you discover that you have a fairly common Chinese surname, you may be in luck. Traditionally, many overseas Chinese come from southern China, where residents of most villages today still share the same surname. Why is this the case, and how can it help your roots search?

Across Chinese history, villages typically began with one family settling down in a new area. Sometimes to flee social unrest; sometimes because their original village had expanded, and 20 miles down, there was more land available for cultivation. The family would grow into a sub-clan, then the sub-clan would grow into a village, where just about everyone bears the same surname. To this day, local officials and historians often help redirect our researchers to the town or county with a high prevalence of families sharing your surname.

90% of Americans share 70,000 surnames. In contrast, almost twice as many Chinese share only ten surnames. The three most common surnames in mainland China (Li 李, Wang 王, Zhang 张) make up around 22% of the entire population: 312 million people – with over twice as many Lis as people in California!

If you’re into family reunions, associations like the World Li Clan Association organize a global reunion every year, drawing thousands of Lis around the world to return and reconnect with their shared heritage together.

5. Your surname could have over 30 different spellings.

As we shared, Huang, Wong, Ng, Ong, Vong, and even Oei can all refer to the same Chinese surname: 黄. The Chinese language is split into about seven to ten main dialect groups with over 300 individual languages. Common dialects among overseas Chinese include Cantonese, Hakka, Hokkien, Teochew, and Toisanese, which may each pronounce the same surname in completely different ways.

Without a standardized romanization system to transcribe Chinese into other languages, immigration officials were simply left to guess at the spelling, based on whatever sounds they could hear. It’s no wonder that Chinese surnames have evolved with confusing results overseas: 陈, for example, has been romanized as Chen, Chan, Chin, Chinn, Ching, Chun, Chang, Chance, Dan, Zan, Zen, Tan, Tang, Tchen, Tin, Ting, Tjin, and Jin!

To complicate things even more, many Chinese migrants ended up with official documents that incorrectly listed their original surnames as their new first names. This is due to the Chinese custom of placing the surname before the given name (e.g. Long Kaiwei, where Long 龙 is the surname), which often confused immigration officials registering their arrival. Although your ancestor may have arrived with a single-character surname (e.g. Li 李), today you may have a double-character surname, such as Asang, Huaman, or Wing Luck, as a result of officials transcribing given names as official surnames.

7. Other surnames are simply nicknames.

When asked, “What are you called?” many Chinese arrivals answered literally, providing the nickname called by their friends. The prefix Ah- 阿 in many Australian and American Chinese surnames is a direct result of this confusion. In Cantonese, adding Ah- before a name was, and still is, a common way to show respect (“Mr.”) while still expressing close familiarity (“dude”). So if your surname was Wong, upon clearing immigration, you might have started your new life as Ahwong: “Mah man, Mr. Wong.”

8. Many foreign surnames are actually Chinese.

For centuries, the Chinese empire was a veritable melting pot of trade, intermarriage, and cultural exchange with foreigners from all over. To integrate into society (and at times avoid persecution), foreigners adopted Chinese surnames. People of Persian, Sogdian, Turkic and Indian origin took on the surname Hu 胡, while Jin 金 and Man 满 were adopted by the Eastern-Siberian Jurchen and Manchu, respectively. Neighboring states followed suit to curry favor with China, especially during the Tang dynasty. The Vietnamese name Trần, Korean name Jin, and Japanese surname Chin all stem from the same Chinese root, Chen 陈.

The influence is even more subtle in countries with long histories of Chinese immigration. If you are part of the Thai diaspora, Chen 陈 has blended with the native language to become Sae-Tang, Sae-Tan, or Sae-Chin. If you are in Indonesia, Chen has become Tandiono, Tanzil, Tanasal, Tanadi, Tanusudibyo, Tanamal, Tanizal, and Tantomo – just to name a few!

There’s more to a surname than meets the eye. What’s the story behind your last name?

Find your ancestral village and connect with Chinese relatives!

If you are interested in finding your ancestral village and connecting with relatives in China, we would love to be of assistance. Our global team of researchers has helped hundreds of families discover their Chinese roots. Learn more about our services or go ahead and get in touch!

With the global pandemic, My China Roots is offering virtual tours packaged with our research trips to your ancestral village. Check out a demo here!

Chrislyn is a US-born artist with roots in China and Malaysia. When she's not documenting life stories, you can find her singing karaoke or drooling over family recipes.